Timing is Critical for Boomers Preparing to Claim Social Security 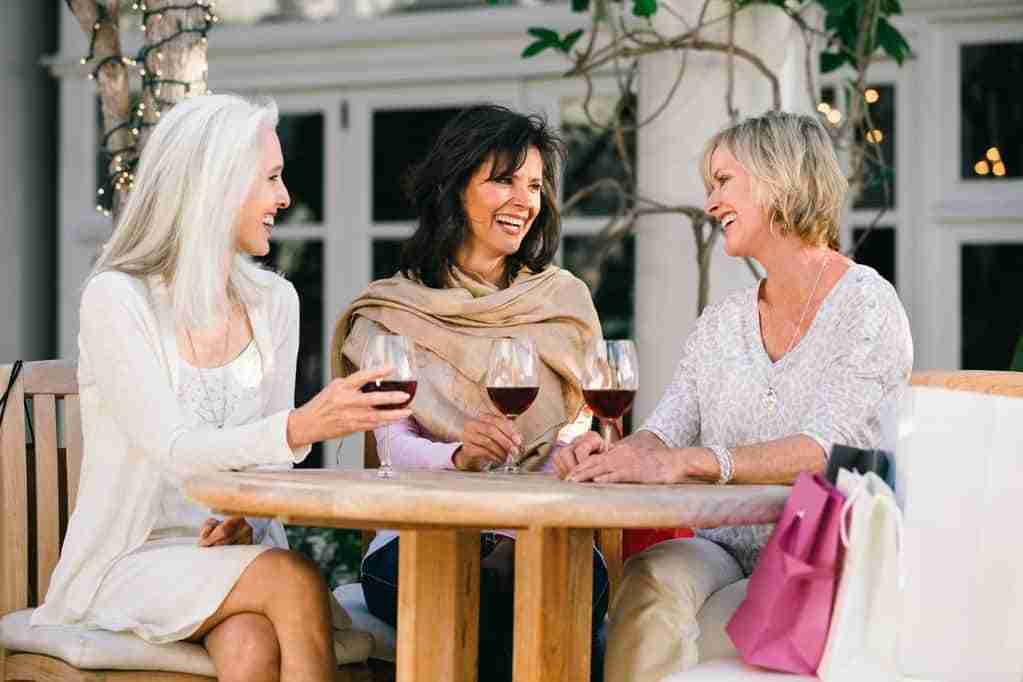 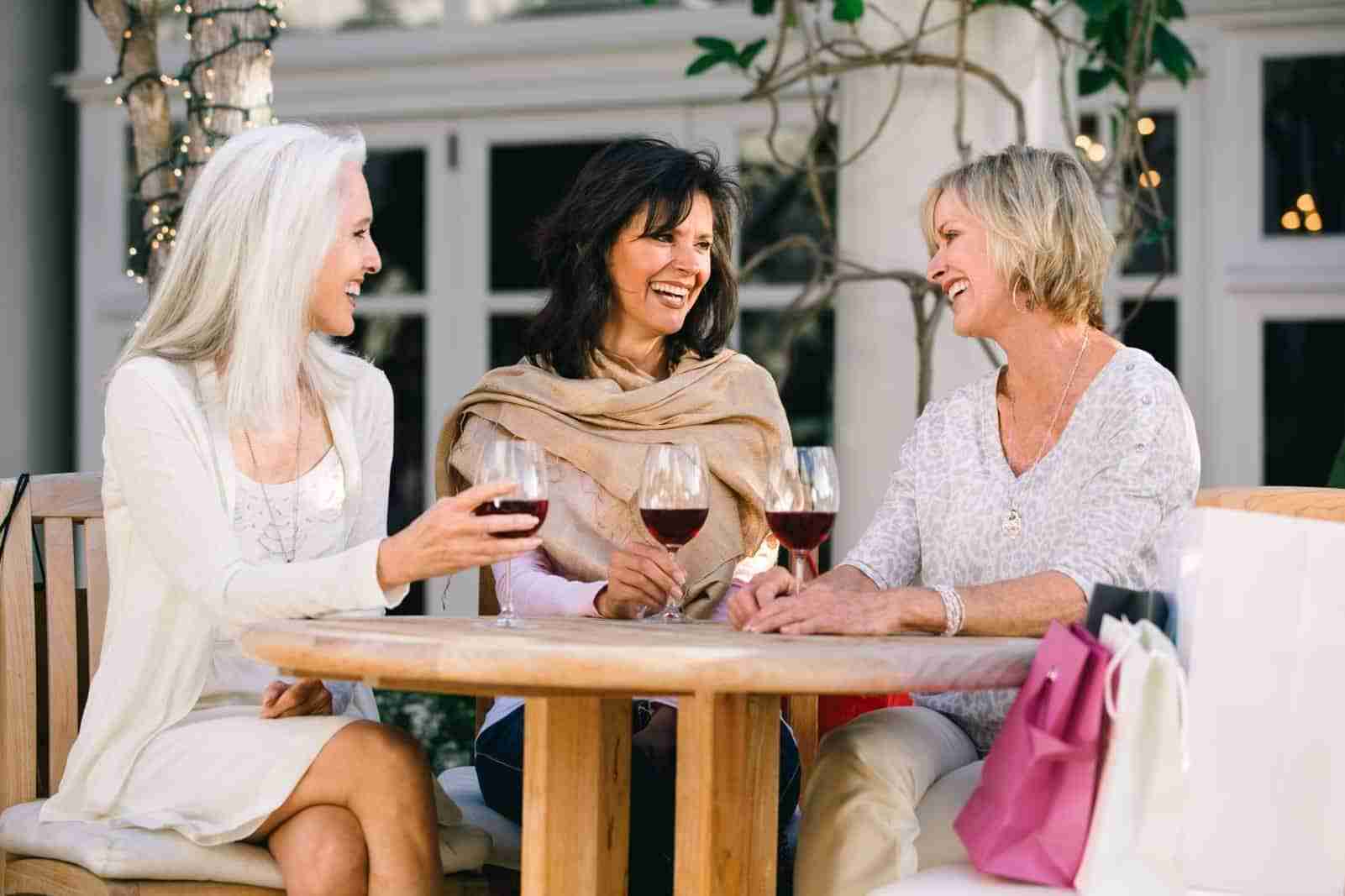 Make the Most of Your Benefits

It has begun. America’s largest generation, the 79 million strong, post World War II baby-boomers has begun cashing in on its Social Security benefits. And, just as history records the name of the first recipient of monthly benefits Ida May Fuller, whose first check in January 1940 was for $22.54. We also know the name of the first boomer to sign up: Kathleen Casey-Kirschling. She was born just after midnight on January 1, 1946, and claimed her retirement benefits at the earliest possible time: as soon as she turned age 62. She received the first baby-boomer benefit (reportedly about $1,000) on February 12, 2008, by direct deposit to her bank account. Over the next two decades, an estimated 10,000 boomers will be applying for benefits every day. Make sure the decisions you make about your benefits are not only financially sound but also savvy. The fact is, Ms. Casey-Kirschling and many of the millions of other boomers who have already claimed their benefits may have made a serious financial mistake.

Getting the timing right is critically important because the role that Social Security benefits play in the financial security of retirees cannot be overstated. The numbers tell a powerful story.

At the beginning of 2016, just under 50 million Americans were receiving monthly retirement or survivor benefits totaling about $53 billion. The average retirement benefit for retired workers: $1,340 a month. The maximum payment for someone claiming benefits at full retirement age (66) in 2016 is nearly twice that amount: $2,639. Since 1975, the law has called for benefits to be automatically adjusted each year to keep up with inflation. But in three years, 2010 and 2011 and again for 2016, there was no cost-of-living adjustment because the consumer price index used to set the COLA measured zero inflation. However, the COLA has been as high as 14.3% (1980). According to the Social Security Administration, nine out of ten Americans age 65 and older receive benefits, and those payments add up to just shy of 40% of their total retirement income. Half of all couples and three-fourths of unmarried beneficiaries receive more than half of their retirement income from Social Security. Twenty-two percent of couples and 47% of unmarried beneficiaries rely on Social Security for 90% or more of their income. 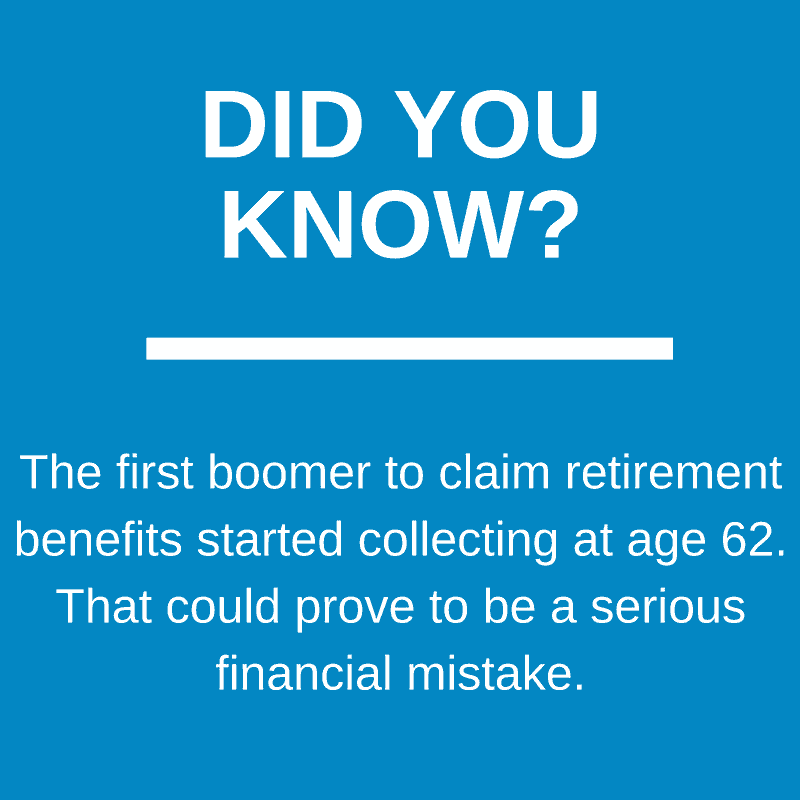 But let’s get personal. Basically, you qualify for retirement benefits after working at least ten years in jobs covered by Social Security—which means jobs for which you pay payroll taxes on your earnings. For 2016, the Social Security tax (6.2% for employers; 6.2% for employees; 12.4% for the self-employed, who bear the full load themselves) applies to the first $118,500 of wages or self-employment income. Your personal benefit will be based on your taxed earnings in the 35 highest-paid years of your career. When making the calculation, the government adjusts each year’s wages to account for inflation. So, for example, the $35,000 you made in 1981 will be adjusted to more than twice that amount in today’s dollars when figuring the average wage on which your benefit is based. Oh, and there’s one other critical factor: your age when you start receiving benefits. 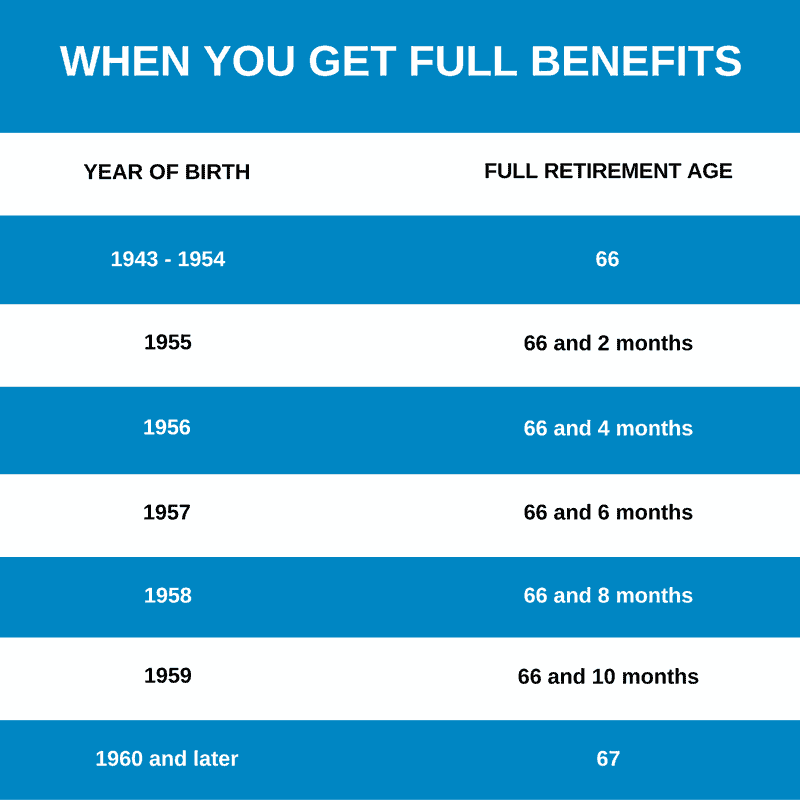 The first thing that Social Security figures out is how much you deserve if you claim benefits at your full retirement age, or FRA. For boomers, that is anywhere from age 66 to age 67, as you can see from the table above. You don’t necessarily claim benefits at your full retirement age. You can sign up as early as age 62; but if you do, your benefit will be cut by 25% to 30%, compared with what you’d receive at age 66 or 67. Some critics complain that the reduction for claiming early is an unfair penalty. But it’s really more like simple math. The reduction reflects the reality that you’ll likely be receiving benefits for a longer period of time. In fact, the goal of Social Security actuaries is that no matter when you start benefits, you’ll receive the same amount of total dollars before you die assuming you die “on schedule,” that is, at the end of your estimated life expectancy.

How Long Can You Expect To Live?

One of the great unknowables when it comes to claiming social security is how long you’ll live to collect those benefits. social security’s actuaries try to set benefits so that if you live out your life expectancy precisely, you’ll get about the same amount from the program whether you start benefits at age 62 (and accept a 25% reduction for claiming “early”), at age 70 (and enjoy a 32% bonus thanks to delayed-retirement credits), or anywhere in between. if you die sooner than your life expectancy projects, claiming early could pay off in more lifetime benefits; if you live longer, the bigger benefits delivered by delaying will pay off handsomely. So, when are you going to die? We can’t answer that question, but we can offer the latest statistics on longevity in the united states. the following tables are based on the national Vital statistics reports published by the Centers for Disease Control and Prevention of the U.S. Department of health and human services. as you’ll see, the longer you live, the longer you’re expected to live. These are averages, of course, which you can refine based on factors such as the state of your health and the longevity of your parents, particularly your mother, which has been shown to influence the longevity of sons and daughters. 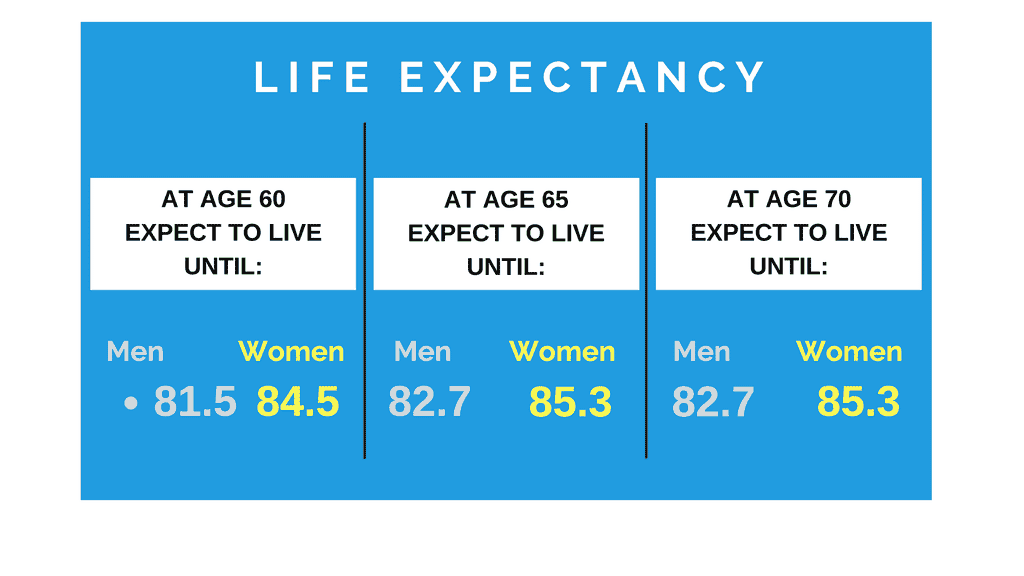 That’s why Social Security also offers a delayed retirement credit for people who postpone taking benefits until after their full retirement age. The credit is worth 8% a year for each year until age 70. For boomers whose FRA is 66, holding off until age 70 means receiving 32% more than they would have received at age 66 and about 76% more than if they claimed benefits at age 62 with the 25% reduction. That 76% gap between benefits at 62 and benefits at 70 might lead you to believe that most people wait. But you’d be mistaken. In fact, about 40% of beneficiaries sign up as soon as possible, at age 62, and nearly 70% claim benefits prior to full retirement age. Only about 3% wait until age 70 to get the biggest possible benefit. Many who claim earlier have no real choice; they need the money. Others fear the future of Social Security and subscribe to the “bird-in-the-hand-is worth-two-in-the-bush” theory. But just as certainly, many are unaware of the lifetime consequences of claiming benefits sooner rather than later.

It’s impossible to know for sure if claiming early or claiming late will maximize how much you’ll get from Social Security. The final answer won’t be known until you die and the benefits stop flowing. Even then, if someone gets survivor benefits based on your work record, the books won’t be closed until he or she dies. Research shows that for someone who lives to age 80 or so, cumulative lifetime benefits will be approximately the same regardless of whether benefits start at age 62, 63, 64 or any age through 70. Clearly, the government’s actuaries do a pretty good job. Those who live past age 80, though, are likely to come out ahead by delaying benefits past age 62. Consider a single person whose benefit at age 66 would be $2,000 a month. If he or she lives to be 100, claiming benefits at age 62 would mean he or she would receive 38 years’ worth of benefits. Waiting until age 70, would mean collecting just 30 years’ worth. But the cumulative amount received via fewer but bigger payments would be more than a quarter of a million dollars more: $950,400 instead of $684,000. Of course, if you plan to wait until age 70 and die at age 69, you’d get nothing. Figuring out the best time to claim benefits is even more daunting for married couples. Not only do you have two life expectancies to consider, but the opportunity to claim spousal benefits can complicate your decision making, particularly if at least one spouse was age 62 or older as of January 1, 2016.

The Cost of Claiming Benefits Before FRA

Through most of social security’s history, 65 was the magic age. Claiming retirement benefits before then (you can start as early as age 62) meant accepting a lifetime reduction in benefits. for folks retiring this year, though, full retirement age (FRA) is 66, and the age for claiming benefits without being docked for starting early—or being threatened by the earnings test will gradually increase. 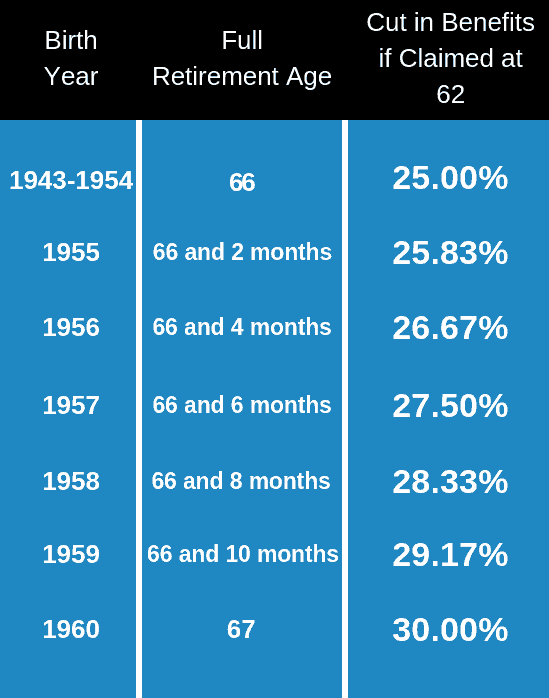 If you continue to work past age 62, you may not really have the chance to claim benefits early. The Social Security earnings test could effectively prevent you from collecting benefits until you reach your full retirement age. If you have stopped working, you may want to consider delaying your claim even if it means you have to dip more deeply into your retirement savings than you had planned. Researchers at the Center for Retirement Research at Boston College report that the “price” you pay for higher Social Security income that is, the extra savings you must use to cover the bills that would have been paid with benefits could be a great bargain compared with what it would cost to buy an annuity that produces the same amount of extra monthly income. If you have already claimed your benefits and this report sows doubts about whether you pulled the trigger too soon, don’t despair. It may be possible to undo or at least mitigate the damage. The ‘Do-Over’ Strategy Is Not Dead.