Investors Should Think Twice Before Chasing the Biggest Stocks 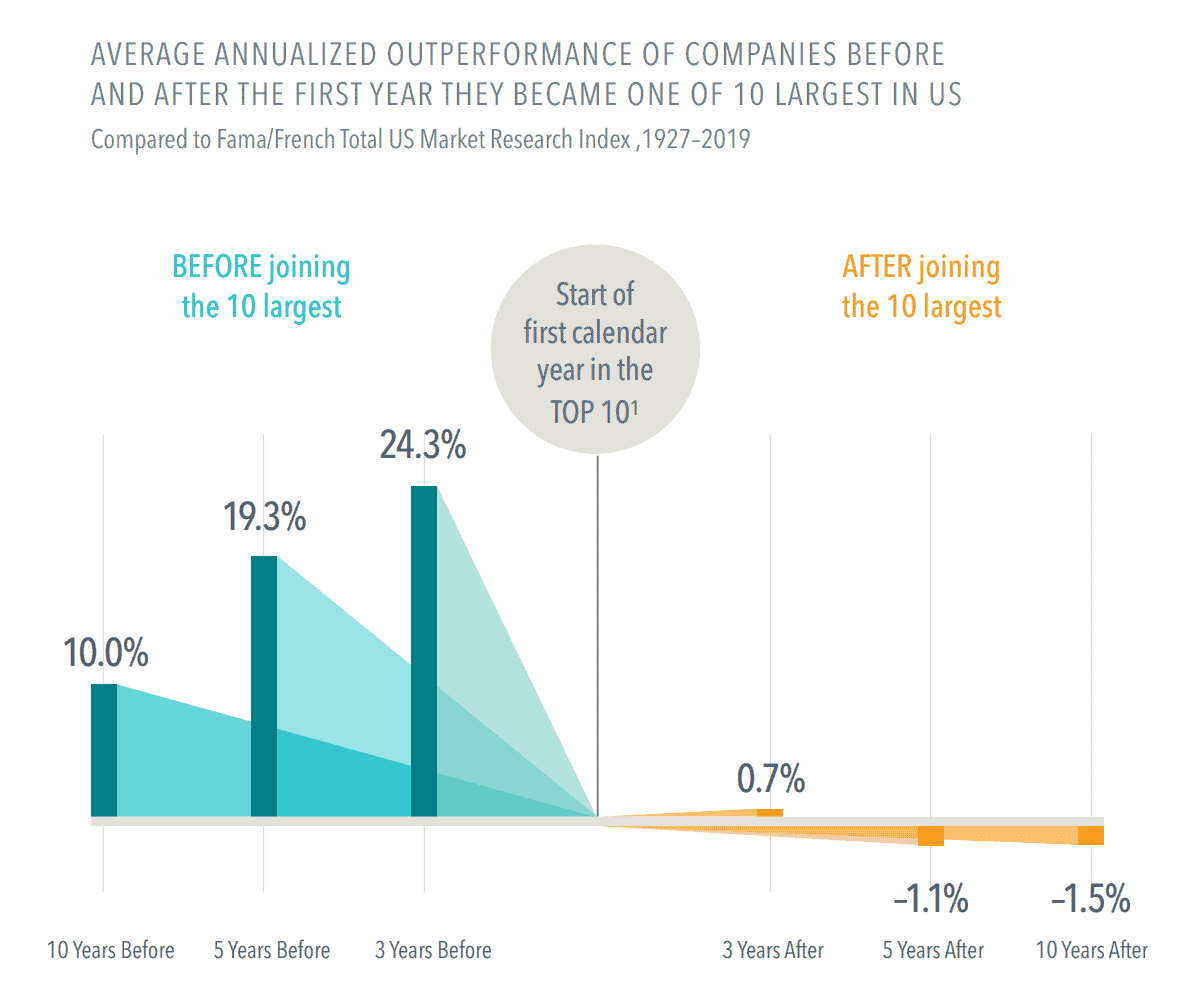 2. Returns are measured as of start of first calendar year after a stock joins Top 10.

As companies grow to become some of the largest firms trading on the US stock market, the returns that push them there can be impressive.But not long after joining the Top 10 largest by market cap, these stocks, on average, lagged the market.

• From 1927 to 2019, the average annualized return for these stocks over the three years prior to joining the Top 10 was nearly 25% higher than the market. In the three years after, the edge was less than 1%. (2)

• Five years after joining the Top 10, these stocks were, on average,underperforming the market—a stark turnaround from their earlier advantage. The gap was even wider 10 years out.

• Intel is an illustrative example. The technology giant posted average annualized excess returns of 29% in the 10 years before the year it ascended to the Top 10 but, in the next decade, underperformed the broad market by nearly 6% per year. Similarly, the annualized excess return of Google five years before it hit the Top 10 dropped by about half in the five years after it joined the list.

Expectations about a firm’s prospects are reflected in its current stock price. Positive news might lead to additional price appreciation, but those unexpected changes are not predictable.

The ABCs of Behavioral Biases – Conclusion

The ABCs of Behavioral Biases (S–Z)

The ABCs of Behavioral Biases (H–O)